Yet another example of Gideon violating rules

Maine has entered a new era of big money in politics. A senior Gideon staffer just sent out a Tweet that includes detailed advertising targeting information - a tactic likely designed to guide pro-Gideon outside group spending.

The Gideon campaign cannot legally coordinate with many of the outside groups that are spending millions in Maine’s Senate race. However, Gideon appears to have taken part in a tactic pioneered in other races around the country designed to get around those pesky campaign finance laws and tell super PACs and other outside groups what messages they should be advertising and where they should be spending their money! 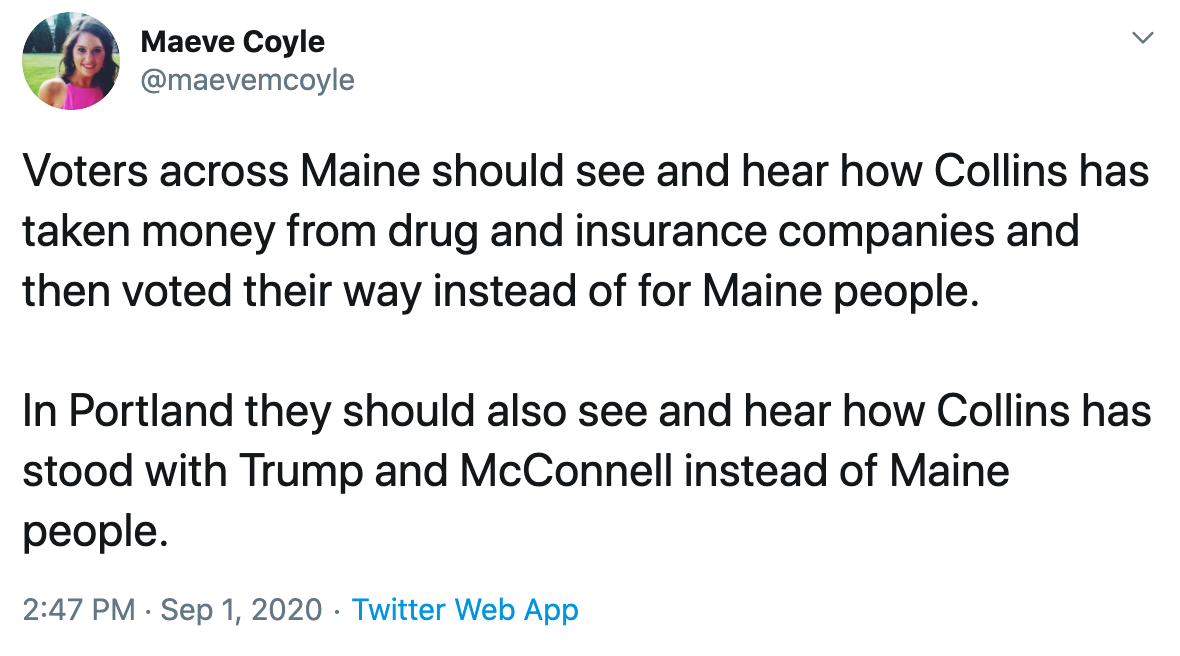 You may remember this tactic from the Democratic presidential primary. Elizabeth Warren’s campaign took Pete Buttigieg to task because his campaign sent a similar tweet, with the likely goal of coordinating spending from VoteVets, a super PAC (which also happens to be spending money in the Maine Senate race).

"Pete’s military experience and closing message from Iowa work everywhere especially in Nevada where it’s critical they see this on the air through the caucus," Halle tweeted, signaling that the Indiana Democrat's military service in Afghanistan and his closing argument in Iowa should be part of television advertisements in Nevada.