Despite what she told a reporter on Friday, records show Sara Gideon did, in fact, play a role in her family’s real estate company.

She’s listed on the company’s website registration as its contact - indisputable proof that she was directly involved with Concord Brook, LLC, and that she misled the reporter (and Mainers) about her role.

Here’s what Gideon said Friday when asked by a reporter about the situation.

Here’s the real estate company’s website registration. As you can see, Sara Gideon is listed as the contact for the family business on its own website.

This revelation compounds the evidence that Gideon was in fact involved in the business, despite her efforts to convince Mainers otherwise. 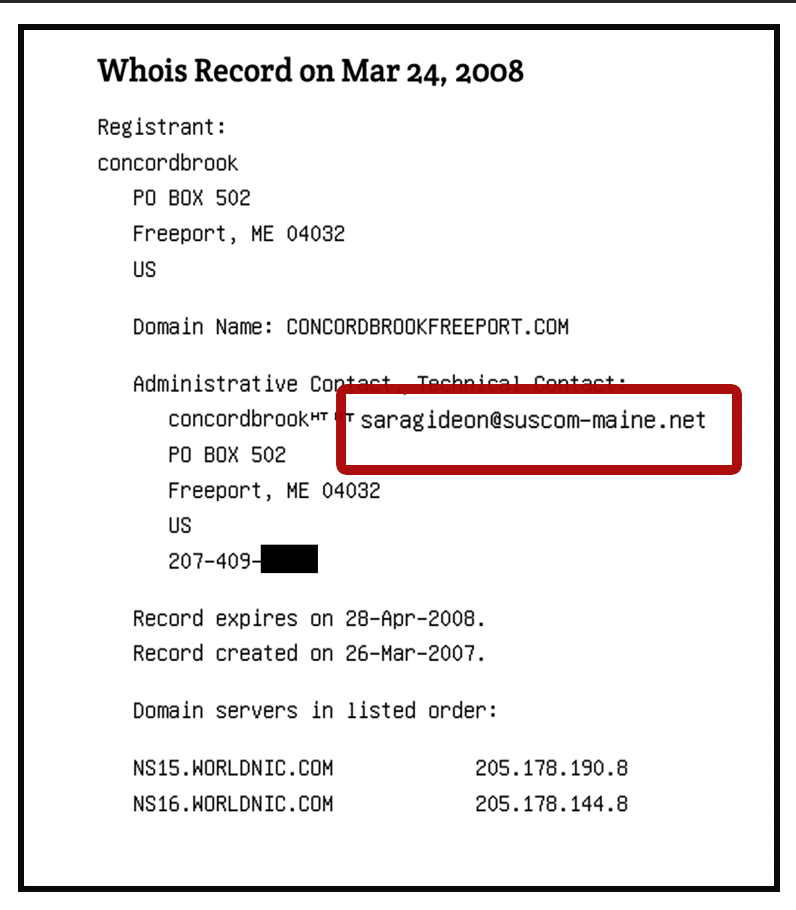 As we reported last week, a Nexis search shows Sara Gideon as "Director of Marketing" for the now-defunct condo investment business:

Sara Gideon denied involvement with Concord Brook LLC, and even tried to distance her husband from it. But the records show she is not telling the truth.

Mainers deserve the truth about this situation.