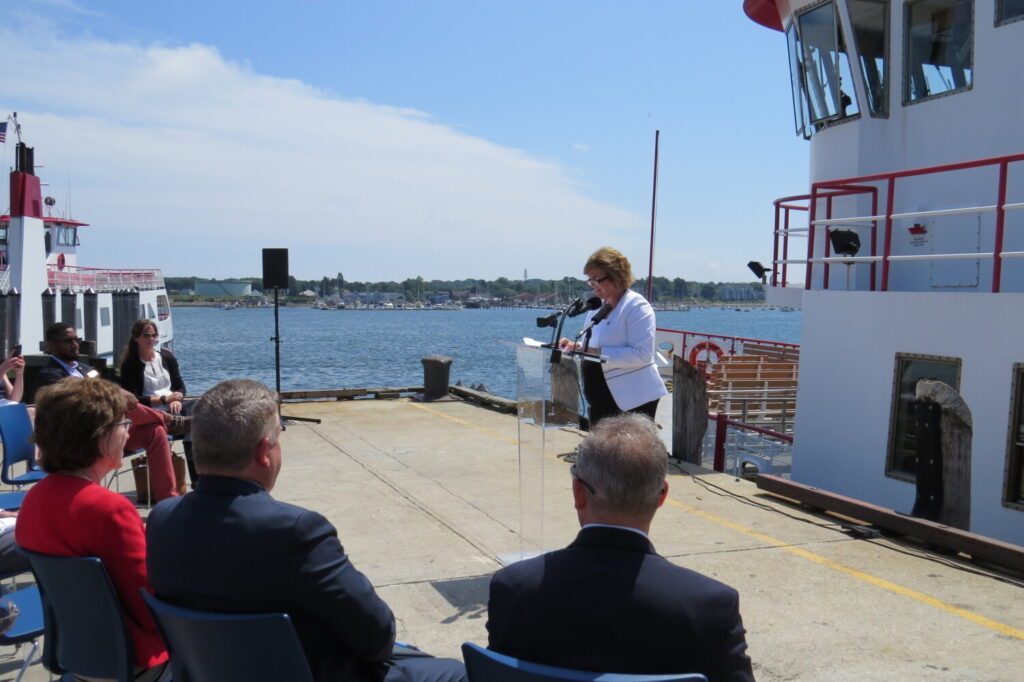 The $3.4 million will help pay to extend and repair the mainland ferry pier.

PORTLAND — For close to a decade, Casco Bay Lines has been working towards a new and improved terminal to accommodate the more than 1.1 million trips passengers make each year between the mainland and the eight islands served by the ferry line.

A federal grant will allow Casco Bay Lines to complete the third, and final, phase of its terminal expansion project. Michael Kelley / The Forecaster

Safe and reliable ferry service, Williams said, provides a lifeline to those who live on and visit the islands of Casco Bay, as well as those who rely on Casco Bay Lines vessels to deliver their mail, bring children to and from school and transport construction equipment and groceries between the islands and the mainland.

The federal money will cover 80 percent of the $4.2 million terminal project, with Casco Bay Lines picking up the rest of the tab.

The first phase of the improvement project, completed in 2014, upgraded the terminal waiting area, moving it from a small interior room to a large, 4,500-square-foot glassed-in space overlooking the harbor, where passengers can see their ferries approaching. The former ticket window and waiting area now serve as space for maintenance, storage, a conference room and employee area.

The second phase, which Berg said he hoped will start by the end of the year, will expand the terminal to two stories. Offices would then be moved to the second floor, which would free up space for additional freight storage and processing. Berg said CBL hopes to start construction on the third phase next year.

Bikes, backpacks and other items that were transported on a Casco Bay Ferry and brought to the islands Aug. 9. Last year a half-million pieces of freight were handled by the company. Michael Kelley / The Forecaster

That phase, he said, will include extending and repairing the 100-year-old pier where the ferries dock, and improving passenger boarding and queuing.

“We are really trying to set this place up for the next 20 to 30 years and beyond,” he said.

The grant was one of nine handed out across the country. Williams said what set Casco Bay Lines apart was its track record and growth in ridership over the years.

“It is a very competitive program, but Casco Bay Lines really stood out,” she said.

The ferry terminal was built in 1988 to accommodate 500,000 annual passengers.  Berg said traffic has doubled and is only going to continue to grow.

“We are thrilled to be selected and are appreciative of your support,” he told Williams.

Collins, who is chairwoman of the Transportation Appropriations Subcommittee, said the grant will invest in a “transportation link that supports tourism and is vital to sustain the year-round island communities that are so important to our state’s culture and identity.”

“With all that freight and vehicles and all those passengers, having more separation, more infrastructure to accommodate all that is truly important,” Collins said.