GIDEON ASKS FOR DEBATES, THEN IMMEDIATELY PASSES ON DEBATES

Members of the press --

In a press release that was distributed only to the media, Gideon issued a 'challenge' to Senator Susan Collins to participate in five debates during this election. While portraying the proposal as an aggressive challenge, Gideon was deceptively attempting to limit her exposure in debates with Maine's senior senator.

Gideon’s move was sheer hypocrisy!  She has struggled in unscripted public appearances, and she refused to participate in the vast majority of scheduled debates that occurred during her primary campaign.

Gideon's 'challenge' was shown to be a sham almost immediately, when Collins - who only learned about the stunt when asked by a reporter during a news conference - not only accepted the challenge, but raised the stakes!  On Wednesday, Collins sent a letter to Gideon outlining a proposal for 16 live, in person debates -- one in each of Maine's counties -- starting last night.

Not surprisingly, Gideon did not agree to debate Senator Collins last night.  Instead, she held a fundraiser with donors in Newton, Massachusetts.

In fact, when asked by a reporter late Wednesday about Senator Collins’ challenge, Gideon only said that she would work it out with our campaign.  We’re still waiting to hear from Sara Gideon…... 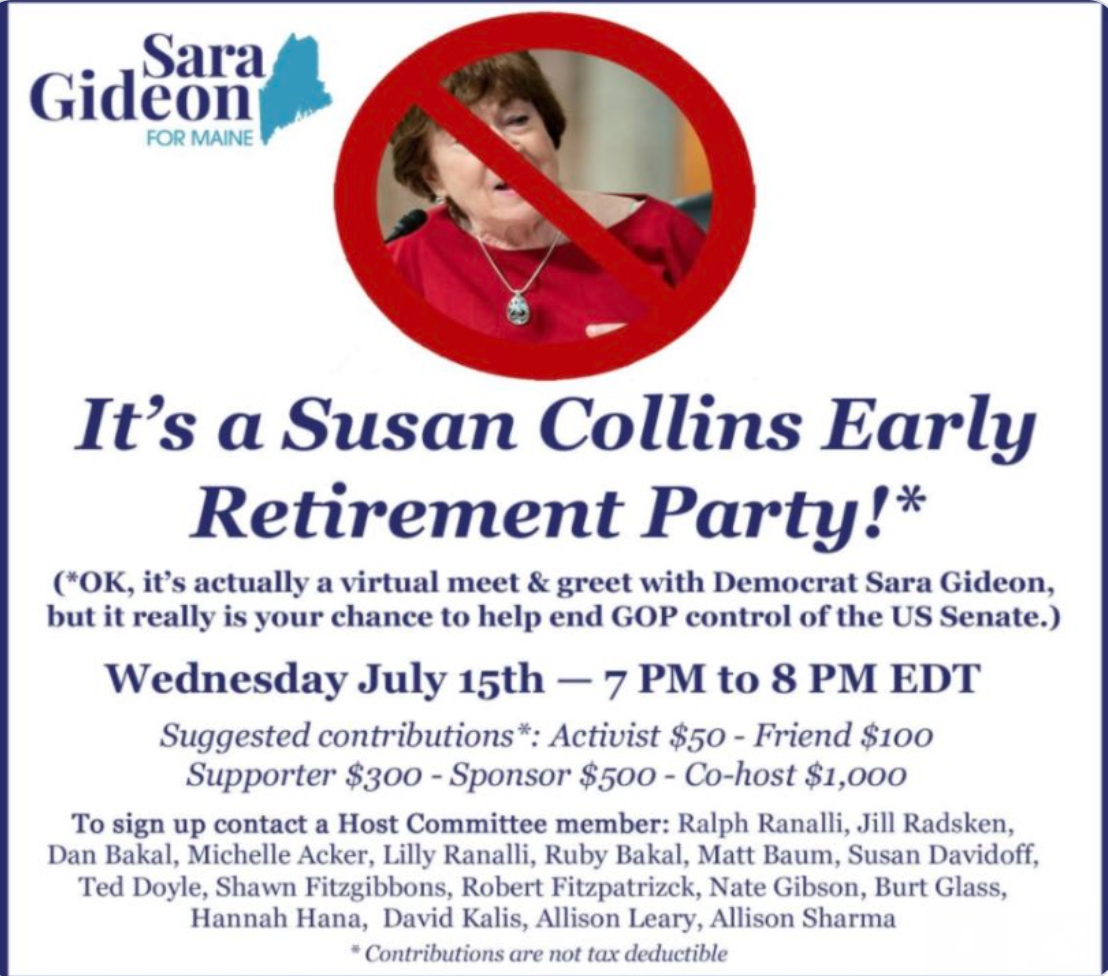 On debates, as on other issues like corporate PAC donations and pharmaceutical money, Sara Gideon says one thing, and does another.