After the Collins for Senator campaign released details of Sara Gideon's $4 million failed condo investment debacle yesterday, Gideon made a series of claims to the Portland Press Herald that are demonstrably and brazenly false.

Gideon's statement is false on many fronts:

"there were these liens that existed for a short period of time"
This is false. The Gideons' business failed to pay their property taxes for years, and liens persisted for four years, from 2008-2012.

"It was in 2008 when the housing market crashed"
This is false. The Gideon business stopped paying property taxes in 2008, but their investment debacle continued on for years, finally resulting in foreclosure in 2011.

"not a family business"
This is false. Concord Brook LLC was run out of the Gideon's home, and the records associated with Concord Brook use their home address. Ben Gideon was the signatory on official documents, and a Nexis search shows a listing of Sara Gideon as Director of Marketing for the company.

Additionally, both Sara and Ben Gideon are cosigners on similar real estate investment transactions in Freeport, including transactions with a partner in Concord Brook LLC - Andrew Wing. Ben and Sara Gideon purchased an investment property to develop at Quarry Lane in Freeport, described as the "Gideon Subdivision," then granted easements to Wing. Sara Gideon is a signatory on all of these transactions, including the sale of the property in 2012. (see attached documents)

Every statement in Sara Gideon's quote in the Press Herald article is demonstrably false. False as well is the summarized statement included in the article:

"Gideon’s campaign also maintains that while her husband was listed as a manager on the articles of incorporation for Concord Brook, he wasn’t involved in the day-to-day management of the company and instead was working full-time as an attorney at the time."

This ridiculous statement is belied by the clear record that Ben Gideon was President of Concord Brook Condominium Association, and was the signatory for both the LLC and the Association on loans and property transactions.

In summary, Gideon is trying to distance herself from an extremely questionable series of financial transactions by claiming 1- that she was not involved, and 2- that her husband was only marginally involved. Both of these inferences are false, as the record clearly demonstrates.

Further, Gideon (and the Press Herald) make the claim that the 2008 housing crisis was to blame for their collapsed condo investment effort. This does not explain how the Gideons were able to purchase a million-dollar oceanfront home just months after paying off their final lien to the town of Freeport, and just a year after losing the properties through foreclosure. Clearly the Gideons had significant resources, but they opted to dodge taxes for years and ultimately allowed others to take the financial fall for their failed development efforts.

Below is a sampling of public records showing Sara Gideon's direct involvement with real estate development efforts in Freeport with her husband Ben and Andrew Wing, a partner in Concord Brook LLC.

Shown below also is the $4 million loan Ben Gideon signed for with Maine Bank and Trust to develop the properties, which were eventually sold at foreclosure for $622,000. 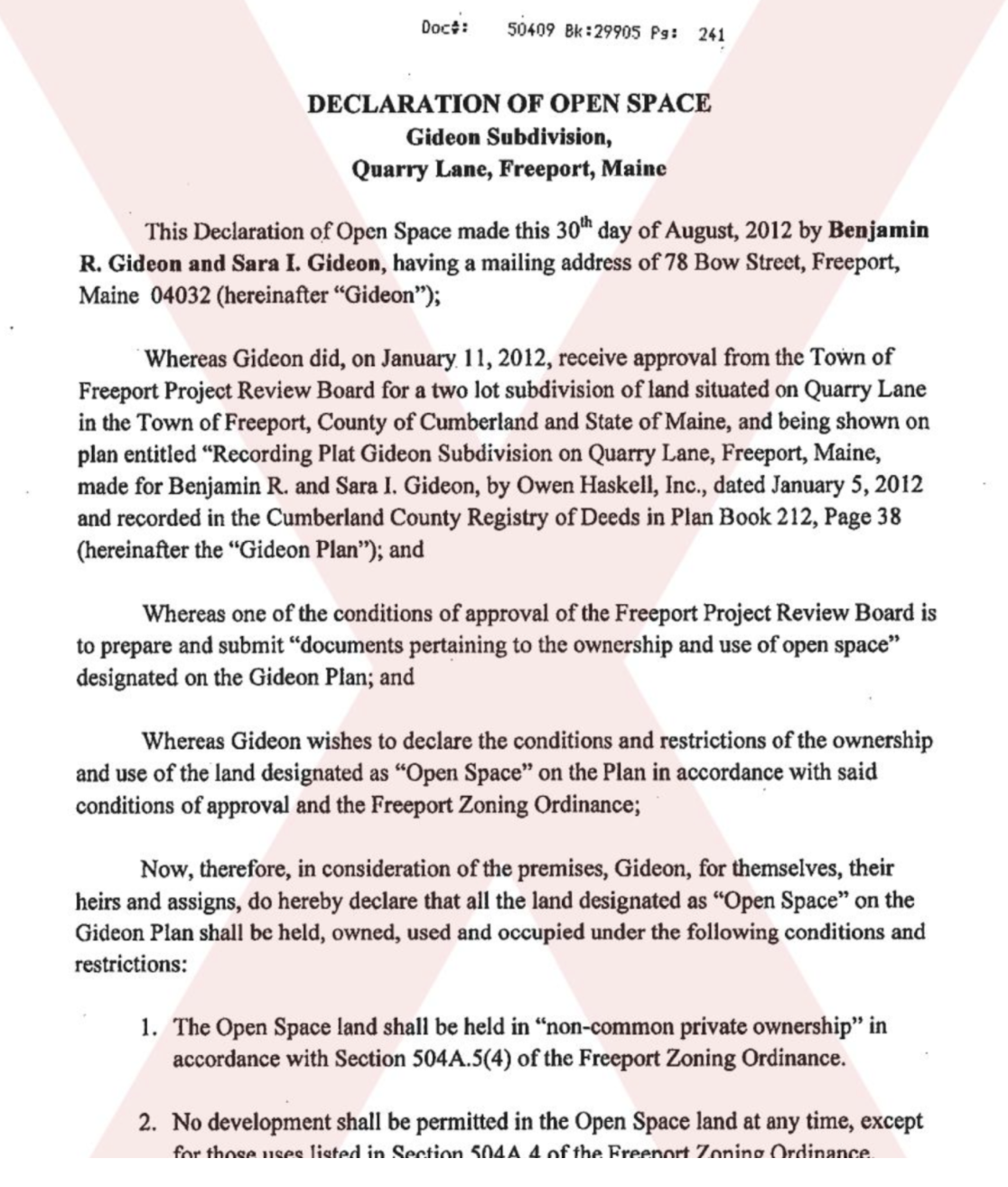 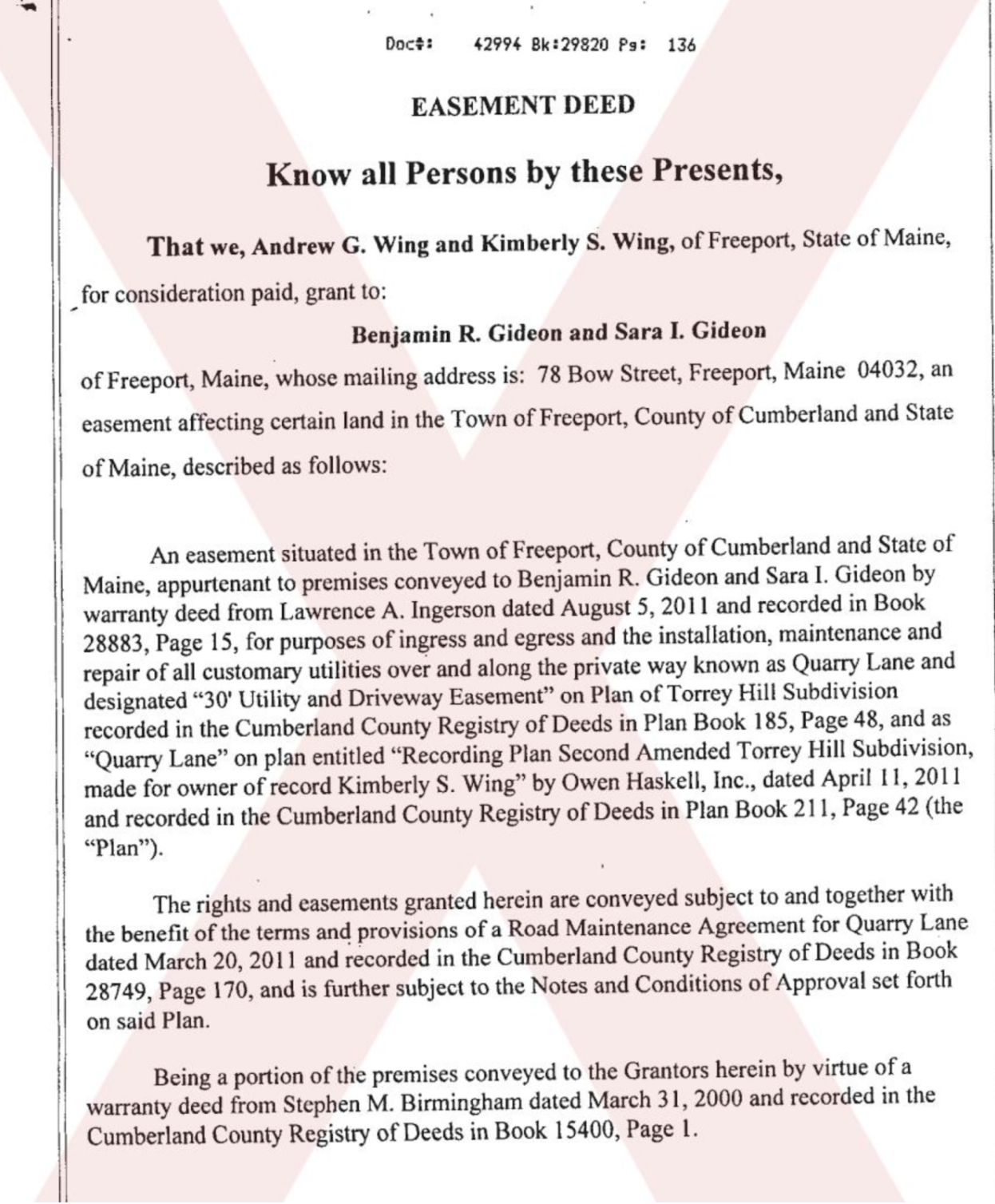 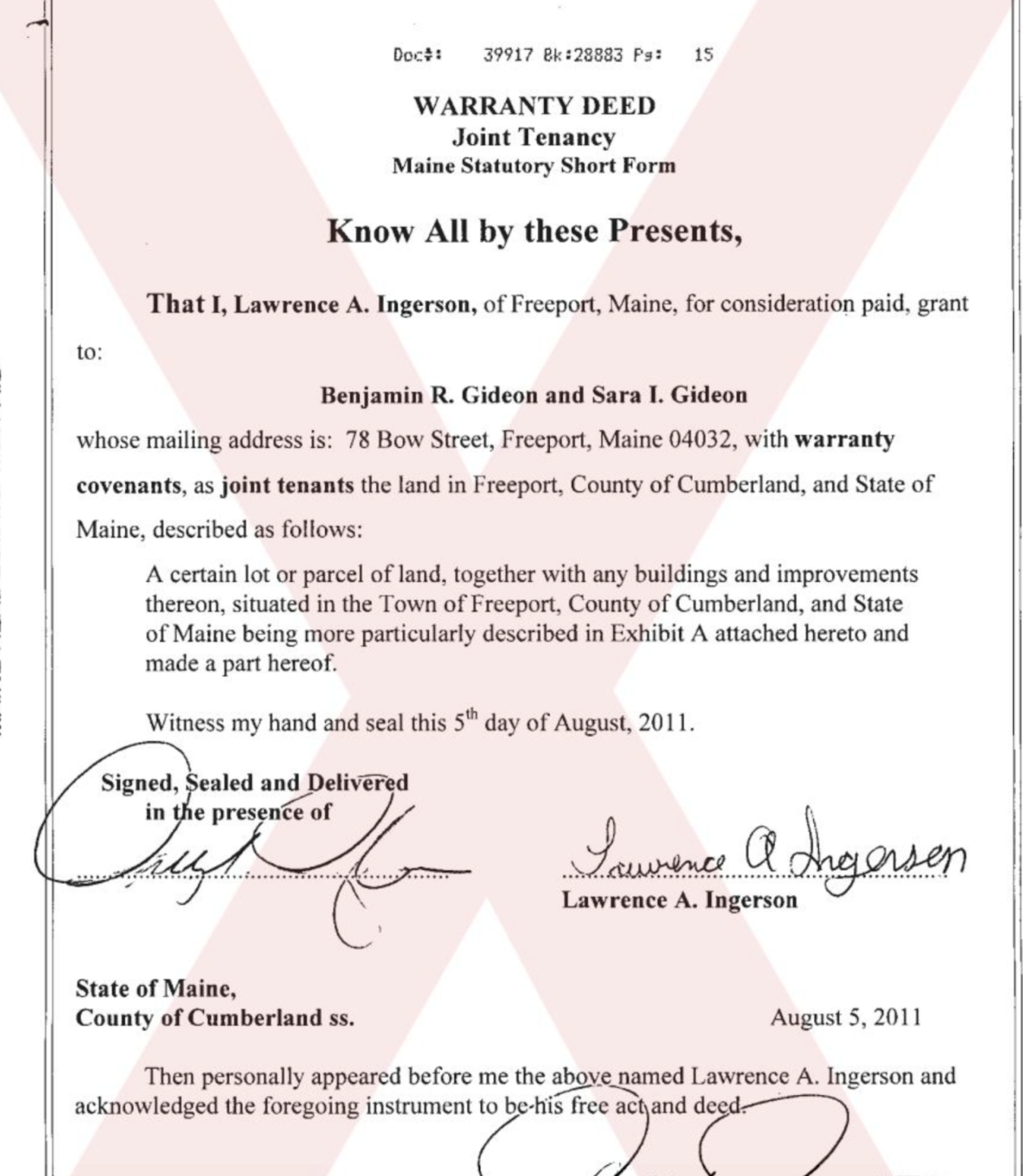 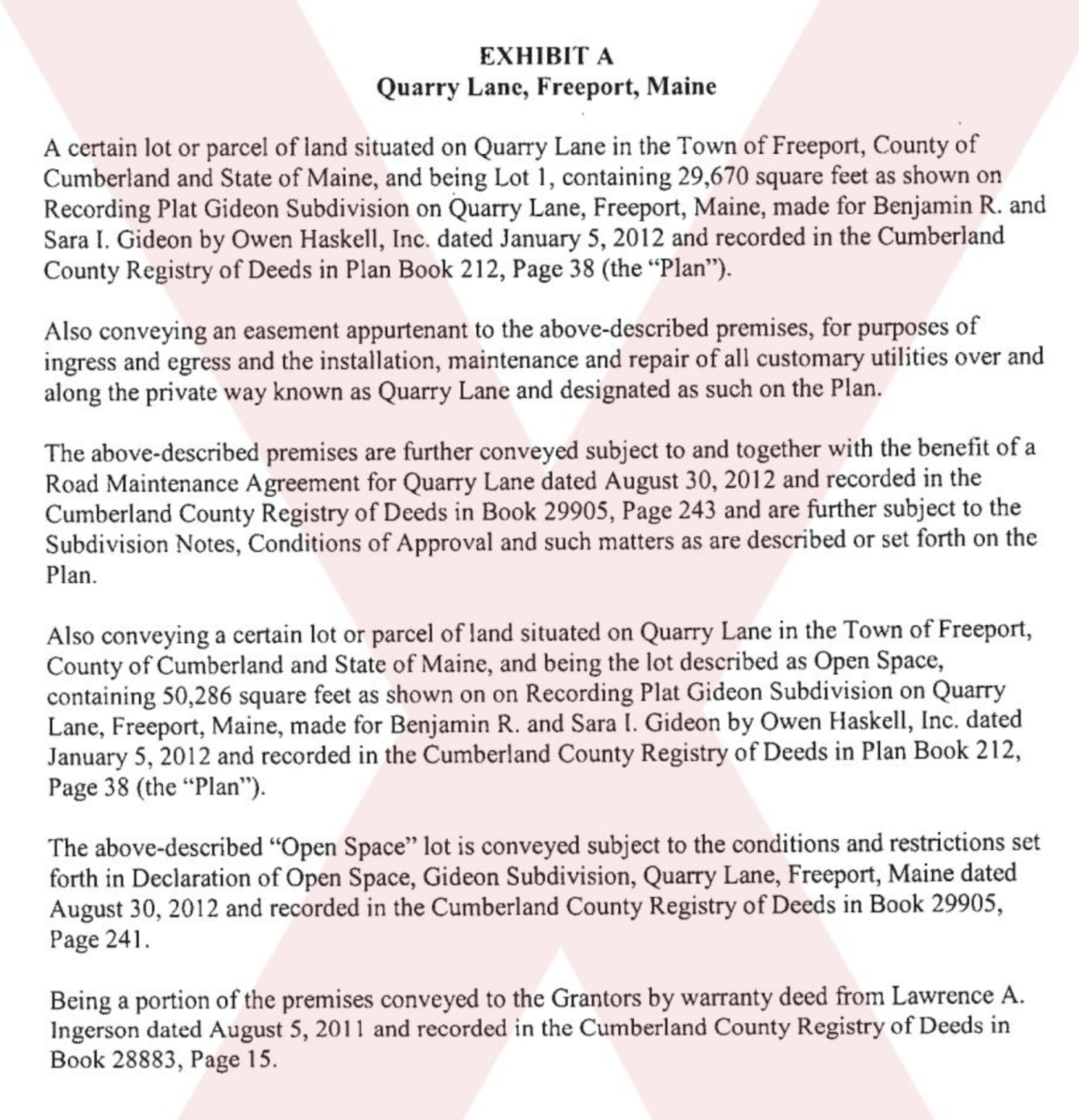 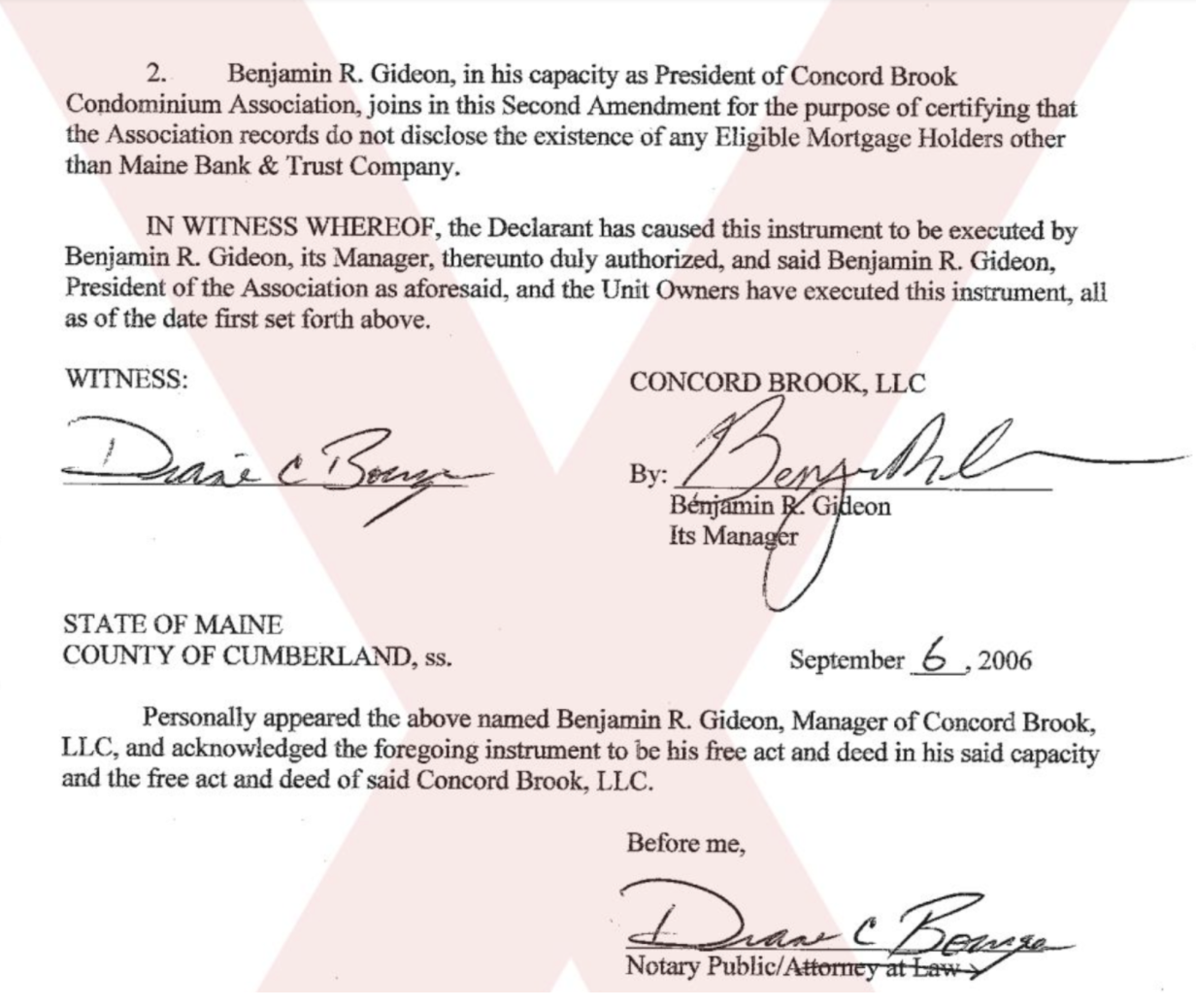 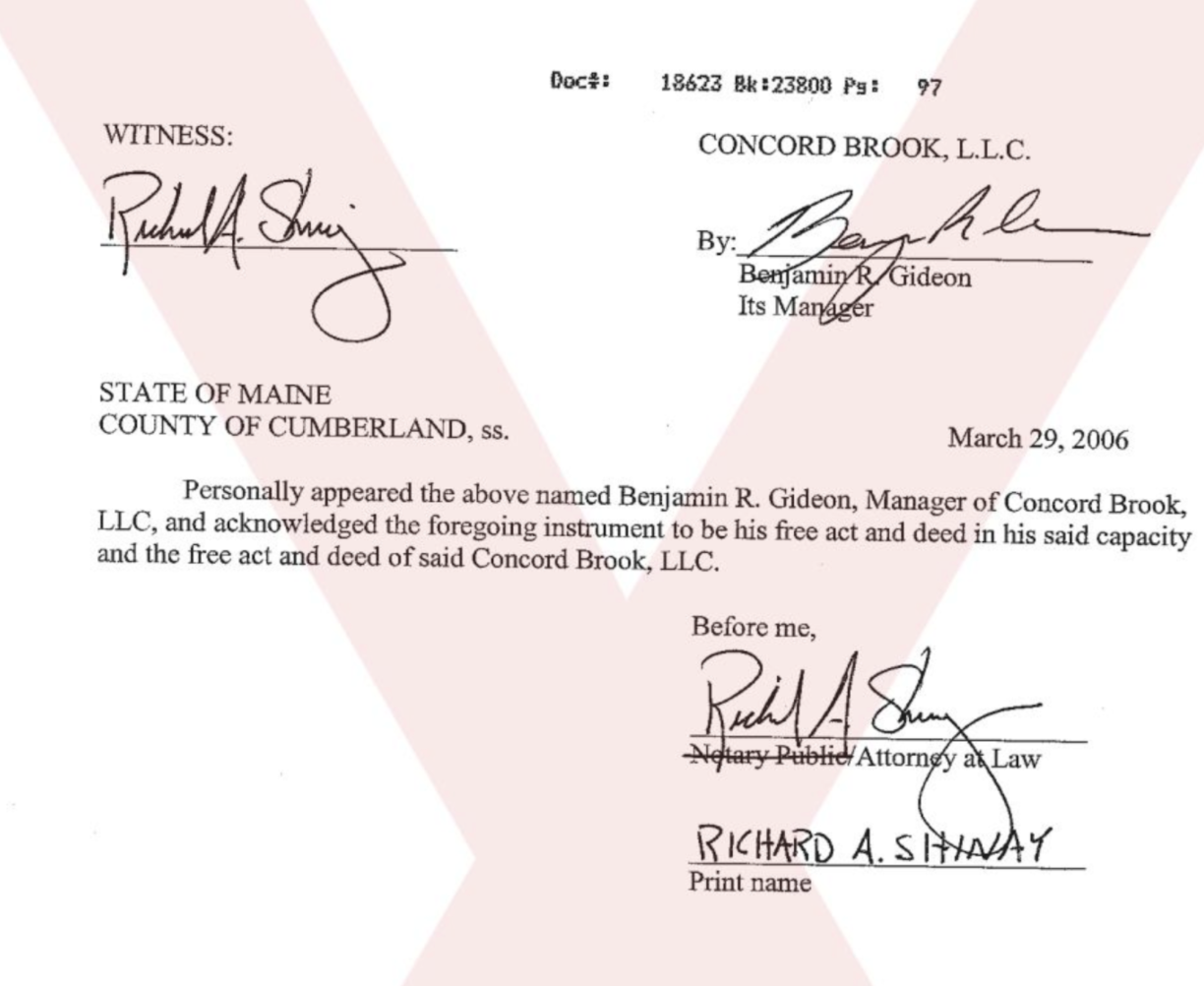 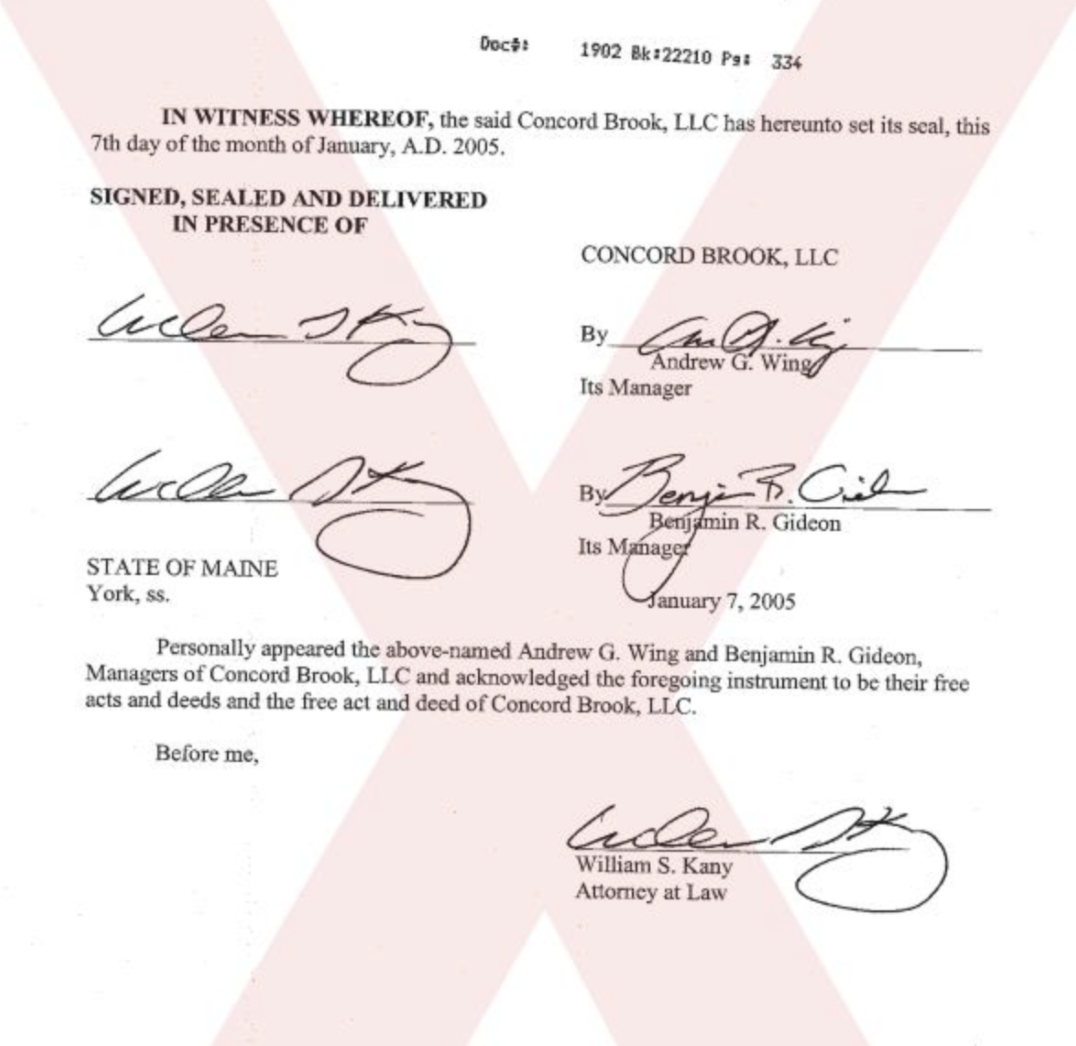 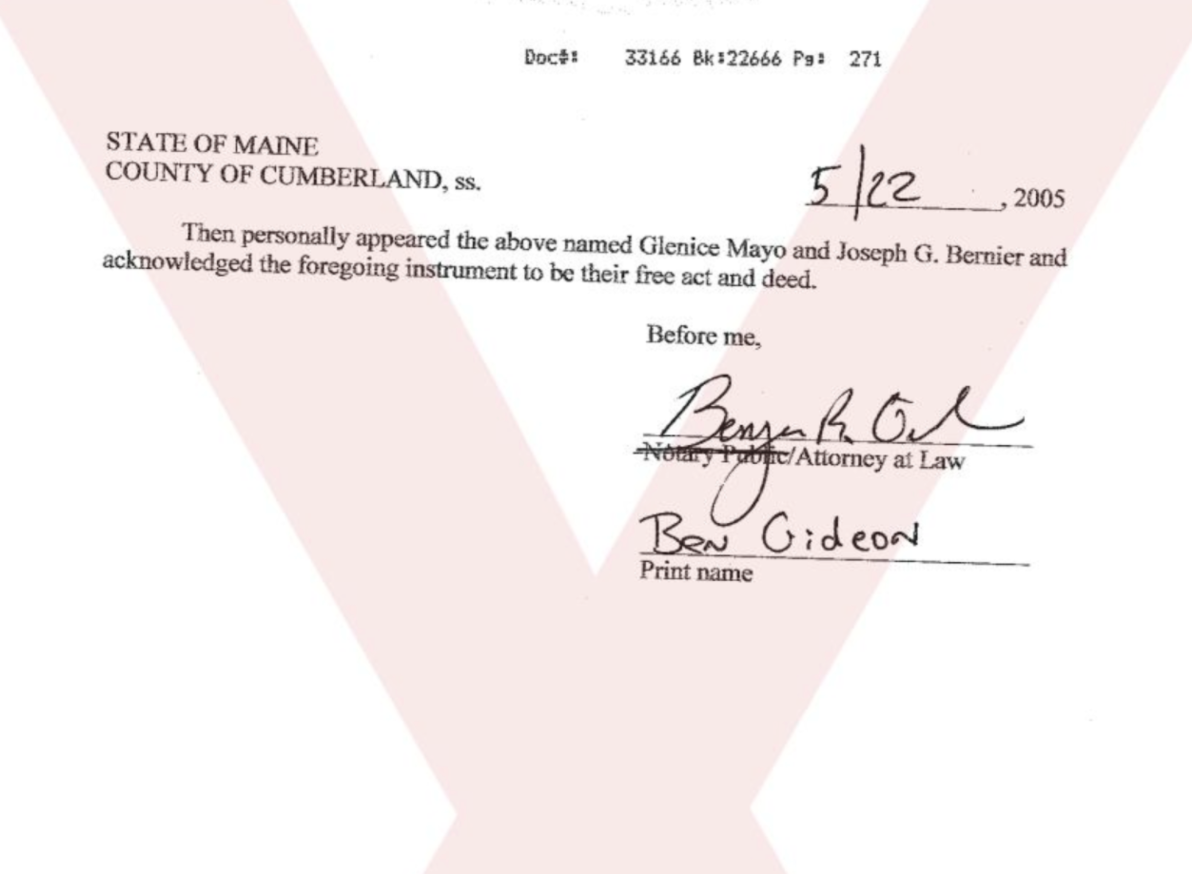 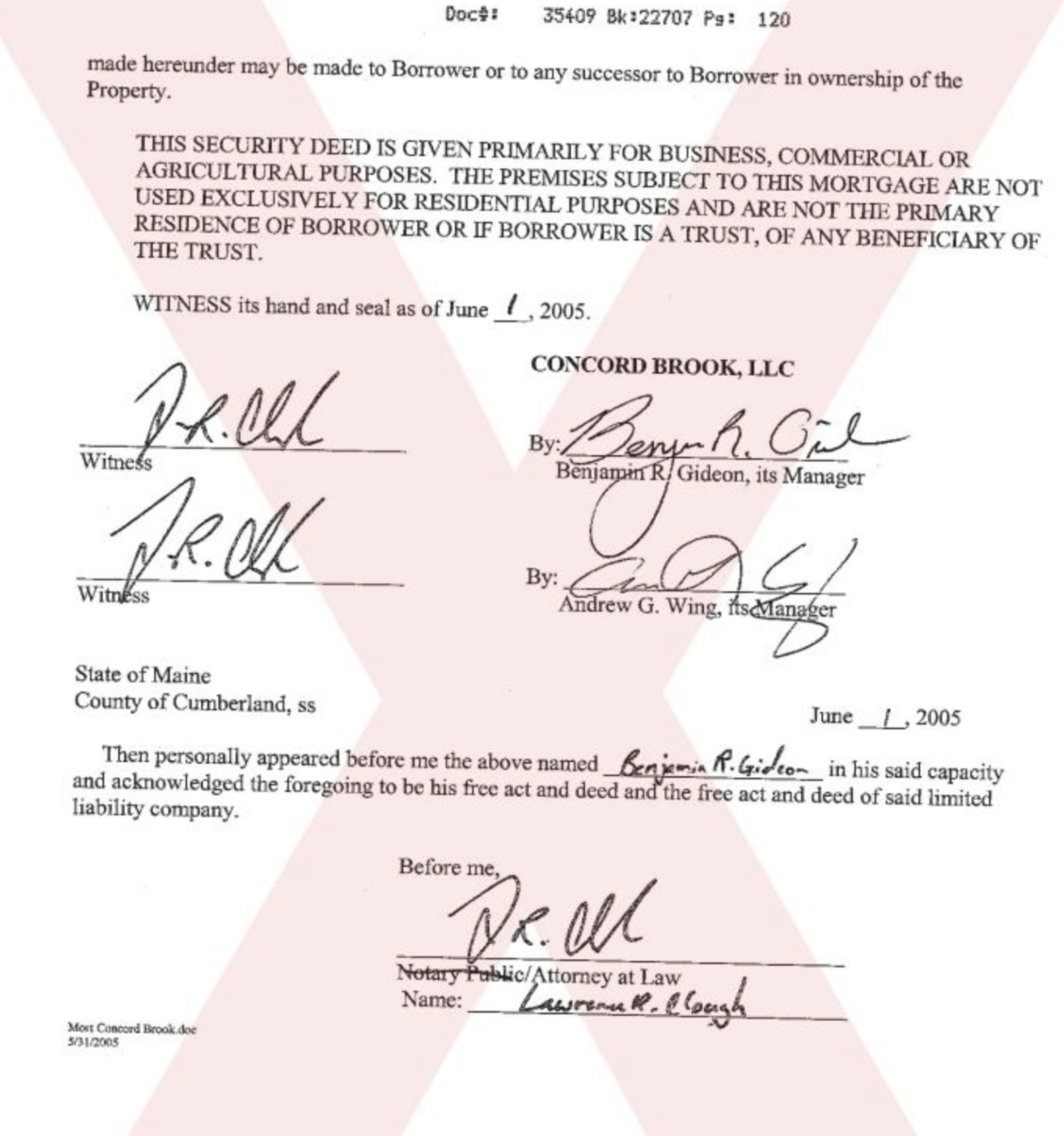 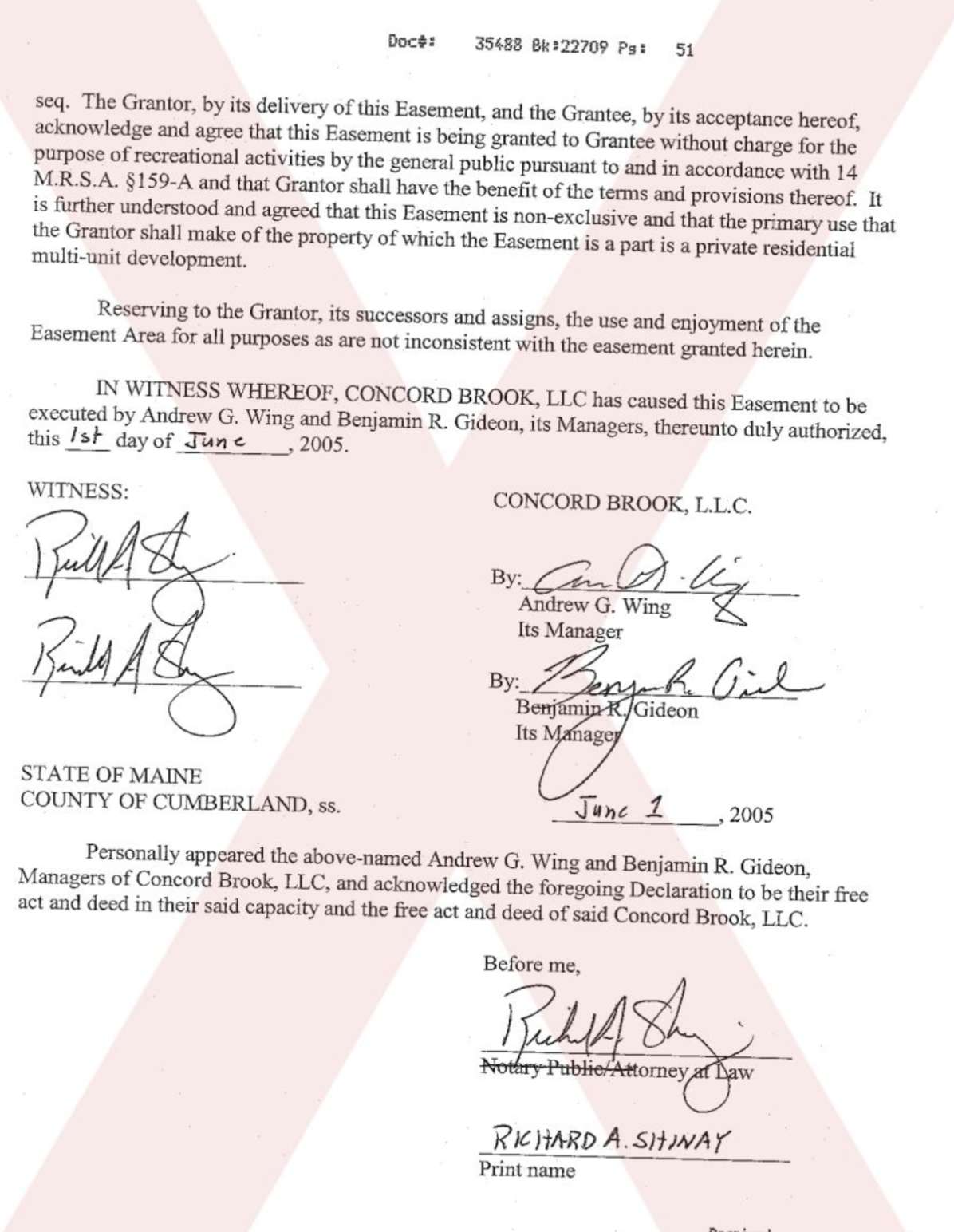