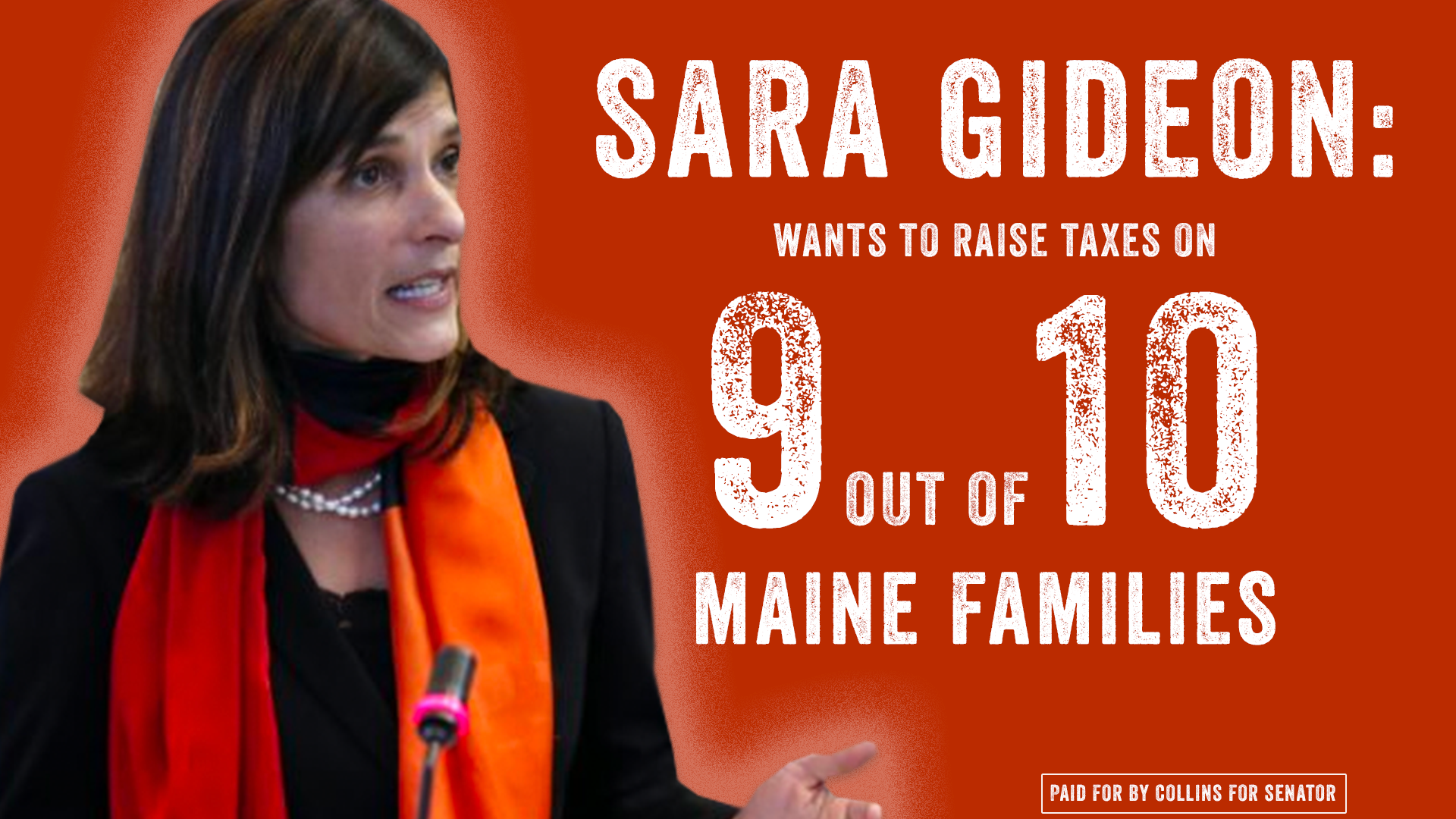 Sara Gideon's tax plan would be terrible for Maine. Through her votes and public statements, she's made it clear her goal is to increase taxes on just about everyone.

The Gideon tax plan would have the following immediate implications:

Gideon’s pledge to raise taxes across the board would have a stunning impact on working Mainers. For instance, a single mother with one child earning $35,000 would lose $1,100 in federal tax credits, and a Maine couple with two children earning $60,000 would pay an additional $1,700 in taxes Gideon's pledged to vote to repeal the 2017 tax cuts that resulted in significant tax relief for working Mainers, families, and businesses. She makes the false claim that she’s “fought to lower property taxes” by citing an election-year gimmick that raided a Republican-authored income tax relief program to fund a one-time, hundred-dollar rebate to some property owners.

Gideon’s income tax increase proposal joins a litany of previous proposals to raise taxes on working Mainers, including an effort to raise the price of gasoline and heating oil by 40 cents a gallon, and an effort to tax Maine wage earners to fund an ill-conceived paid sick leave program.