Sara Gideon served on the Freeport Town Council from 2009-2012.  And during her time on the council, Councilor Gideon voted to raise Freeport residents’ property taxes by 20 percent. At the same time, Gideon’s family business wasn’t paying its taxes!  Racking up 77 tax liens… from the Town of Freeport!

In a new television ad released today, Collins for Senator highlights how this is yet another example of Sara Gideon thinking the rules don’t apply to her.

PS: In a rare statement to press, Sara Gideon addressed her tax-dodging and tax-hiking while a Freeport Town Councilor. In true Team Gideon fashion, every single sentence in the statement contained at least one falsehood. Click here for background.

But at the same time, Sara Gideon’s family business wasn’t paying theirs.

Sara Gideon: she wants to raise your taxes but didn’t pay her own. 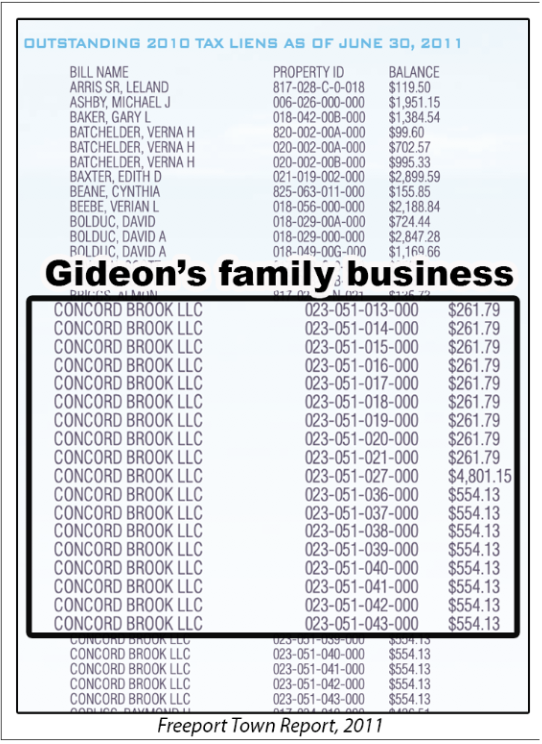 A failed condo investment scheme that involved a $4 million construction loan, 77 tax liens, and foreclosure on the properties was immediately followed by the purchase of a million-dollar "estate" with a 300' dock on the ocean in South Freeport. And the case may still be ongoing; Gideon’s recent financial disclosure includes an outstanding loan that appears to be related to the investment debacle.

For the entire time Sara Gideon served as a Freeport Town Councilor, her family business failed to pay their property taxes.

The Gideon business owed more than $57,000 in back taxes, and the town of Freeport levied 77 tax liens on the company.

Once Gideon was elected to the Maine House and left the Town Council, the family business went into foreclosure, and paid off the last of their liens.

Five months later, they purchased “Cadence Cove,” a $1.4 million oceanfront “estate” with a 300’ dock in South Freeport, and signed a $788,000 mortgage on the property.

Concord Brook LLC was set up as a condo development company in 2005. The Gideons developed property off of Route 1 in Freeport, most notably on a street called Gideon’s Way.

A Nexis search shows Sara Gideon’s occupation at one time listed as “Director of Marketing” for Concord Brook LLC. 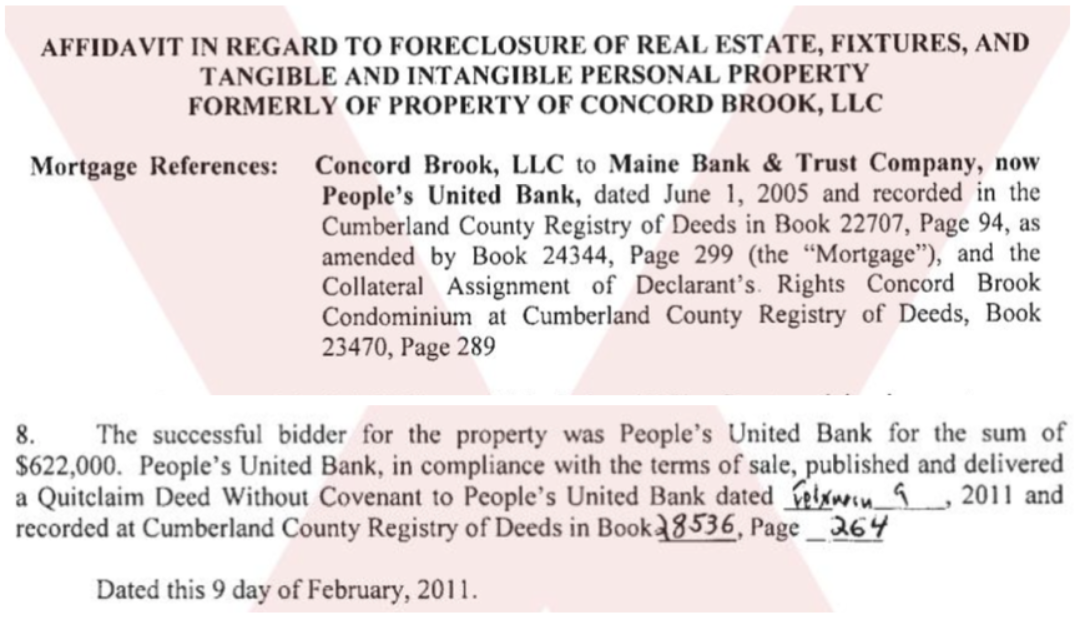 ·      This was clearly not a hardship case, as evidenced by the massive home purchase in 2012. It’s not that the Gideons couldn’t afford to pay their taxes – they simply refused to pay them. Gideon and her family live in a $1.4 million oceanfront estate with a boat and a 300’ dock, and have a second vacation home at a ski resort.  This is one more example – along with her history of campaign finance violations– of Sara Gideon believing the rules don’t apply to her.

·      From 2009-2012, while on the Freeport Town Council, Sara Gideon voted every year to increase the property tax rate, raising the rate 20% during her tenure on the Council. Meanwhile, her family business didn’t pay their own property taxes.

·      Gideon has railed against the 2017 federal income tax cuts, claiming corporations were getting a break, while “we struggle to pay our property taxes.”Meanwhile, the Gideon family corporation spent 4 years in massive tax delinquency, while Sara and her family enjoy a lavish lifestyle.

Precedent for coverage in Maine:

·      During the 2006 gubernatorial campaign, it was reported that GOP candidate Chandler Woodcock, a school teacher, had ten tax liens levied during a time of financial difficulty. This story created massive controversy, dominated the news, and contributed to Woodcock’s eventual defeat.

·      Woodcock’s tax liens were such a big issue that one of Maine’s biggest newspapers refused to endorse him because of it:

“The Sun Journal indicated that it was prepared to back Republican Chandler Woodcock until it learned last week of his personal financial difficulties that led to liens on his property. The editorial said it couldn’t support someone who wanted to put Maine’s fiscal house in order who has “struggled to bring order to his own.””

·      In 2011, it was reported that a staffer of GOP governor Paul LePage had a number of tax liens placed on his rental properties, and eventually lost the properties in foreclosure. The issue was reported across most of Maine’s media, and resulted in the staffer’s dismissal.

·      In 2018, Maine news sources reported that a staffer at the state Republican Party had two tax liens placed on his home for delinquent taxes. The story was picked up by the Associated Press and ran across TV and print statewide.