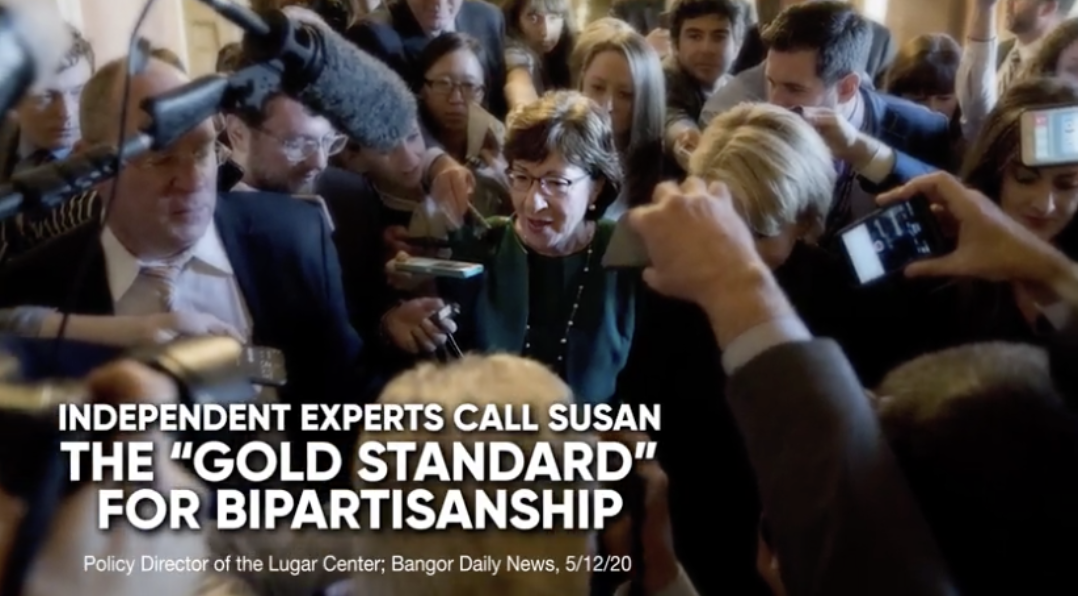 Bangor, ME - The more things change, the more they remain the same -- and in a new television and digital ad, Collins for Senator highlights the recent recognition that Senator Susan Collins has been ranked “the most bipartisan senator” for an unprecedented seventh straight year!

The ranking, released by Georgetown University’s Lugar Center, notes that Senator Collins’ 2019 bipartisanship score is the highest that has ever been recorded, leading the Lugar Center’s policy director to designate Collins the “gold standard for bipartisanship.”

The nonpartisan ranking index measures how often Senators work with members of the other party.

“In a world where everything is changing, some things stay the same."

“For the 7th year in a row, Susan Collins has been named the most bipartisan U.S. senator"

“No matter what party is in the White House, or in control of Congress, Susan stays the same, never missing a single vote."

“Independent experts say Susan is “the gold standard for bipartisanship in the U.S. Congress."

More information on the Lugar Center’s Bipartisan Index Ratings can be found here: