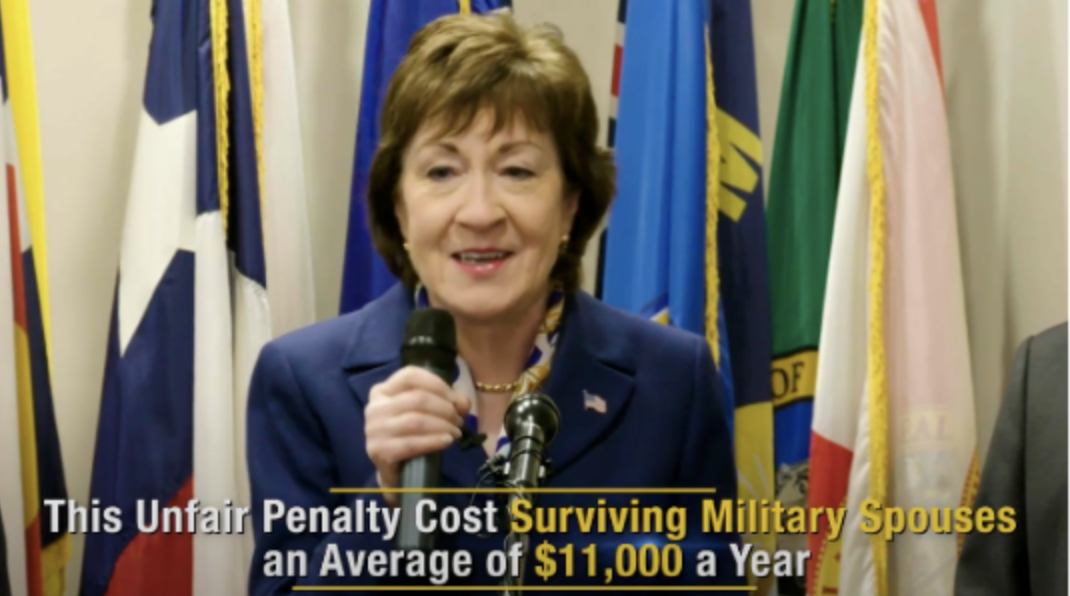 BANGOR, Maine — Collins for Senator released a new ad today that will appear online and on television statewide. In this new ad, Senator Susan Collins speaks about her work with Democrats, Republicans, and veterans’ advocates to end the unfair Widow’s Tax.

After years of advocacy by Senator Collins, the FY2020 National Defense Authorization Act included a provision authored by Senators Collins and Doug Jones (D-Alabama) that repealed this unfair offset which prevented as many as 67,000 surviving spouses -- including more than 260 from Maine -- from receiving the full benefits they deserve.

It is America’s promise that we take care of our military families, but many surviving spouses of our veterans saw the benefits they earned slashed because of a policy (the Widow’s Tax) that penalized them.

In Washington, Senator Collins continues to lead the effort to help ensure our veterans and military families get the benefits they have earned through their service and sacrifice.

“You recruit the soldier, but you retain the family,” said Senator Collins. “My father taught me to respect our veterans and our military families. I will never stop fighting to deliver the benefits they’ve earned through their service and sacrifice.”

Senator Collins’ father, Don Collins, was a World War II veteran and Purple Heart recipient who was wounded at the Battle of the Bulge.