The Gideon’s Way saga is ongoing -- Gideon’s most recent financial disclosure shows that the Gideons still have an outstanding 2008 business loan from the failure of their family condo development business -- directly contradicting Sara Gideon's statement to WMTW last week that "everybody was made whole."

But why didn’t Gideon’s prior financial disclosure show this outstanding loan?

Gideon has filed two financial disclosures. The first, filed in Oct. 2019, did not show the business loan. The second, filed nearly a year later in August 2020, did show the loan.

On August 12, a third-party mentioned Gideon’s 77 tax liens in a TV advertisement: 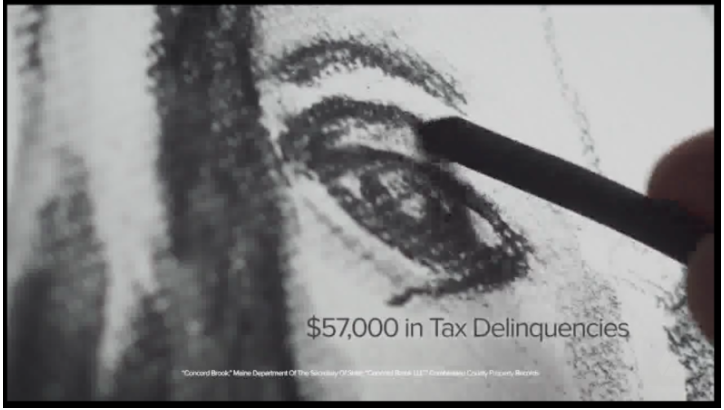 Her original October 2019 disclosure did not disclose the loan at all:

Is it a mere coincidence that Gideon finally revealed the loan just one day after the ad began to run?

It’s clear that many, many questions about Gideon’s failed business  --  and her lack of candor as she attempts to distance herself from it -- remain.

Sara Gideon’s family business didn’t pay its taxes while she was raising her neighbors' taxes as a town councilor. And now she's been caught making false statements about it.

Gideon should be asked: why didn't she disclose the outstanding loan until a group ran a TV ad about her business dodging taxes?