Maine is One of the Most Fuel-Dependent States

Bangor, ME - A new ad from Collins for Senator highlights Maine House Speaker Sara Gideon’s attempt to hike taxes on gas, home heating oil, and other fuel products in Maine by roughly 40 cents a gallon.

The ad, featuring Cole Staples, a farmer in Chapman, outlines the financial impact of Gideon’s misguided tax on Mainers, especially working families and the elderly. 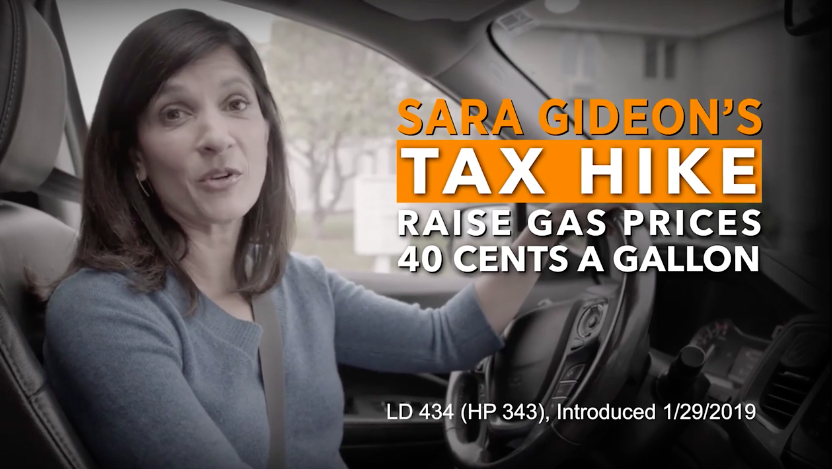 The gas tax bill that Gideon supports, LD 434, “An Act to Price Carbon Pollution in Maine,” would have slapped a new fee on fuel distributors in Maine. It would have affected fuel products from gasoline to diesel to home heating oil.

Gideon consponsored and spoke at a press conference in support of the bill. Instead of reinvesting revenue from the tax hike into repairing Maine’s crumbling roads and bridges, funds raised by Gideon's new tax would have gone to a brand new fund administered by the Maine Public Utilities Commission.

“Working people depend on our cars and trucks and in my budget every dollar counts.

“But Sara Gideon wants to raise taxes on gas and diesel.

“That’s an extra ten bucks with every fill-up.