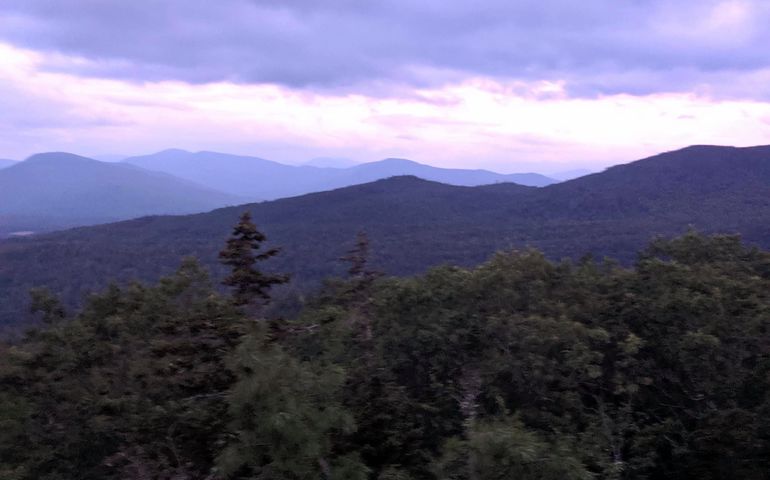 The new Bethel Community Forest is expected to safeguard Bethel’s economic, natural and recreational resources, and create a new and much-needed revenue stream for the town through sustainable forestry practices.

Bethel joined with the Trust for Public Land, the Bethel-based trail organization Mahoosuc Pathways and the Northern Forest Center of New Hampshire last week to celebrate the establishment of the 978-acre public woodlands.

U.S. Sen. Susan Collins, R-Maine, delivered remarks at the Aug. 9 event, which also marked the permanent reauthorization of the Land and Water Conservation Fund, according to a news release.

“Bethel has long been a destination for outdoor enthusiasts, thanks to its pristine environment and countless recreation opportunities,” Collins said in the release. “By preserving nearly 1,000 acres within the town, this Community Forest will not only benefit current residents and visitors to the area. It will invest in Bethel’s future. This land will expand the vast network of hiking, skiing and biking trails while allowing the forest products industry to continue the sustainable harvest of timber.”

The Trust for Public Land, Mahoosuc and Northern Forest Center acquired the land after a five-year campaign that raised $2 million.

The funding included a $600,000 grant from the U.S. Forest Service from the Community Forest and Open Space Conservation Program, which Collins and U.S. Sen. Angus King, I-Maine, supported in a joint letter last year.

The acquisition of the forest creates new recreational opportunities two miles from Bethel’s downtown, opens access to the Bingham Forest, and protects key natural resource and working forest values, according to Mahoosuc Pathways.

The property is one of the last large tracts of undeveloped land in town.

According to the Trust for Public Land, the property was acquired at the suggestion of community members to stave off future development. The land is adjacent to the town-owned Bingham Forest. Together, the forests create a 3,500-acre block of conserved land next to Sunday River Ski Resort.

In addition to serving Bethel’s 2,600 residents, it’s expected the forest will support the town’s growing tourism economy by attracting visitors from throughout the region. 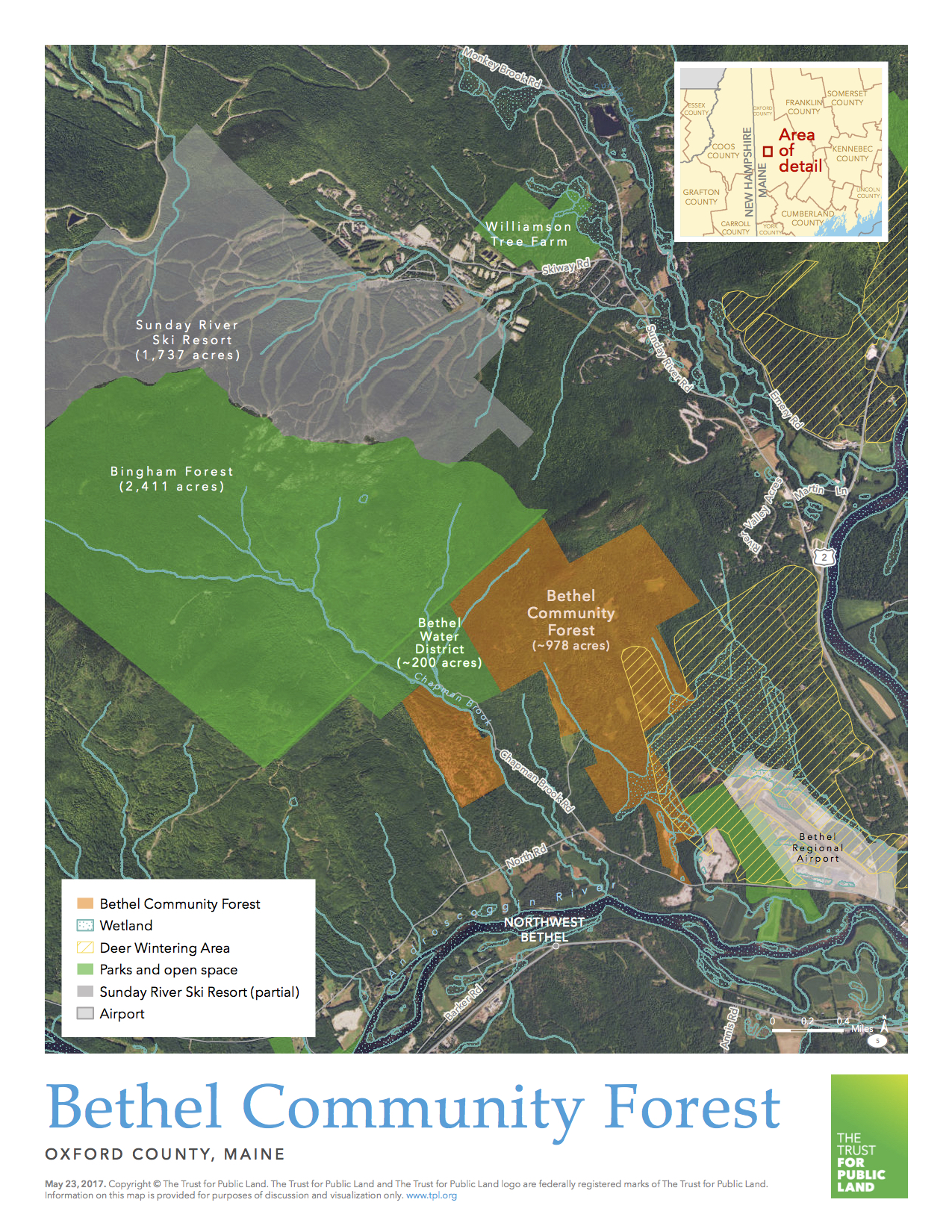 The property will also be managed as a working forest to support jobs for foresters and loggers, and supply timber to the region’s remaining paper mills.

The forest will be owned by Mahoosuc Pathways on behalf of the community, and will be managed with direction from the town. A conservation easement will ensure the property is protected forever.

According to the Northern Forest Center, which has a Maine office in South Portland, the 978 acres off North Road has been threatened for a decade by proposals that included an asphalt plant and large subdivisions.

In May, Mahoosuc Pathways Inc. Executive Director Gabe Perkins told Mainebiz that acquisition of the woodlands parcel, from a private landowner, would expand a substantial system of outdoor recreational opportunities.

“We’re a ski town by and large,” Perkins said at that time. “But trail-based recreation is the present and also the future of the year-round economy.”