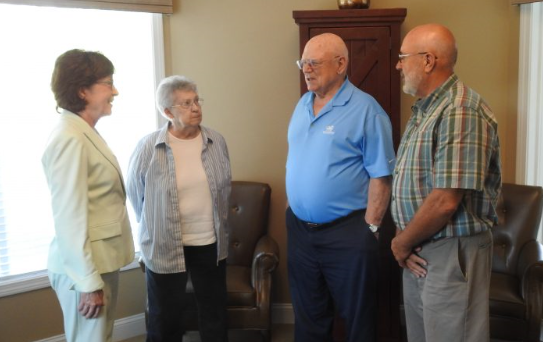 It was Collins' first visit to the center, the 14th and newest senior living community opened by Woodlands in Maine. She met with Woodlands Senior Living Chief Operating Officer Matthew Walters and members of the Woodlands staff, as well as touring the facility and speaking to residents. Collins said that facilities such as Woodlands, which has dedicated beds for people with Alzheimer’s disease and related memory loss conditions, were critical to meet the needs of the aging population.

Collins also spoke about what she saw as the greatest challenges facing that population, including the cost of prescription drugs. Collins singled out the "skyrocketing" cost of insulin, a drug first introduced in the 1920s, as an example.

"There's no justification for the doubling of prices we've seen in the last five years," Collins said, noting that acquiring insulin could be a matter of "life or death" for people with Type 1 diabetes.

Collins cited expansion of biomedical research funding as an example of a way the federal government was helping people with conditions such as Alzheimer's, which she said was the country's most costly disease. An increase in funding up to $2.3 billion to research the disease had prompted new approaches that were considering factors such as the patient's circulation, lifestyle and genetic history.

Combating fraud was another focus, Collins said, citing the U.S. Government Accountability Office's statistic of $3 billion lost to fraud last year. Even that figure represented the "tip of the iceberg," Collins said, noting that many senior citizens would not report losing money to scams either due to embarrassment or the fraud having been perpetrated by a family member.

The senate's Special Committee on Aging, of which Collins is the chair, releases the 'Fighting Fraud' booklet periodically, distributing it through senior living centers and the local sheriff's offices. The booklet provides examples of common fraud, such as Internal Revenue Service scams that utilize spoofed phone numbers or the "grandparent" fraud wherein a purported family member asks for wired money oversees. It also provides the committee's fraud hotline: 1-855-303-9470.

Collins said that another advance was new legislation that provided financial institutions with more of an ability to investigate potential fraud cases. 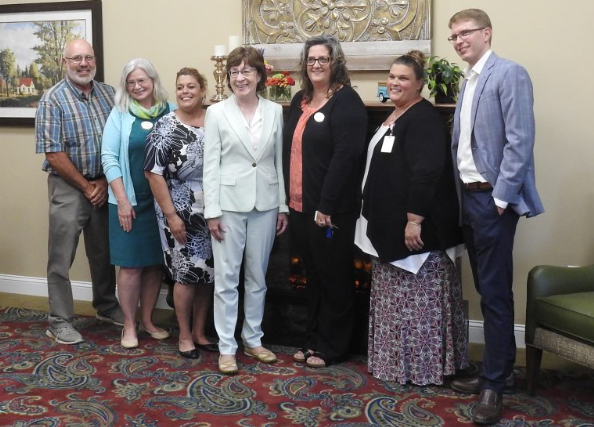 Retirement security was another area that Collins was concerned about, as more and more seniors outlive their savings. She said that was an advantage of Woodlands and similar facilities: they allowed for a range of different options for people as their personal circumstances changed, ranging from more self-autonomous apartments to assisted living areas to the memory care facilities.

"That's why a place like this is so important," Collins said.

Prior to visiting Woodlands, Collins was in the northern part of the county, visiting with students in the Mechanized Logging Operations Program. Those students were working an active timber harvest site in Coplin Plantation and Collins cited the program as being an "excellent example of the type of robust workforce development we need to create and sustain good jobs." She also spent time at the Stratton Lumber Mill. 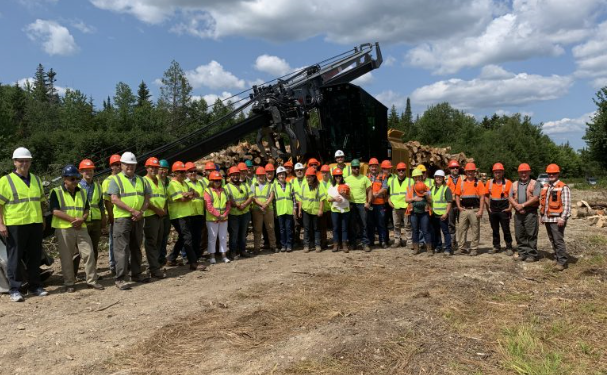