TODAY: 150 days of Sara Gideon failing to produce any help with COVID

Sara Gideon has failed to help Mainers deal with the fallout of COVID-19.

The evidence that she doesn’t care about struggling Mainers is clear: 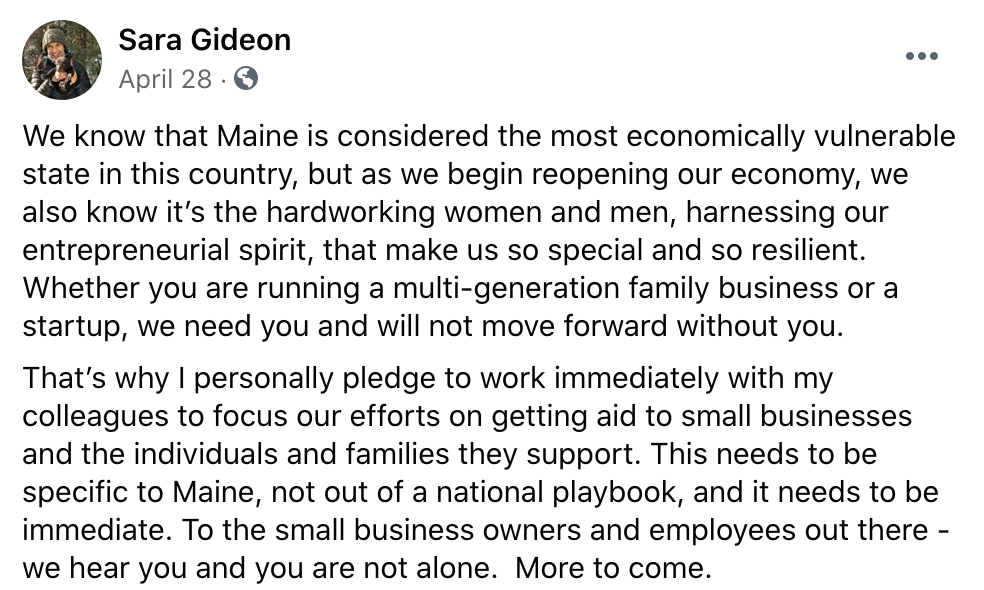 It’s also clear Sara Gideon doesn’t have the leadership ability to forge bipartisan consensus on how to help Mainers deal with one of Maine’s most difficult crises. She has failed to produce aid for 150 days and counting - because she doesn’t care. She has other things to do besides help Mainers who need it.

There are two ways to approach a crisis:

Gideon’s Way, which is to completely fail to produce any assistance -- after “personally pledging” to help.

Or Collins’s way, which is to quickly and effectively ensure assistance for people that need it.

Collins’s way is better for the people of Maine.