VIDEO: Gideon’s “Suppers with Sara” are actually closed to the public

...but new video evidence shows that at “suppers” before and during pandemic, Mainers were turned away at the door 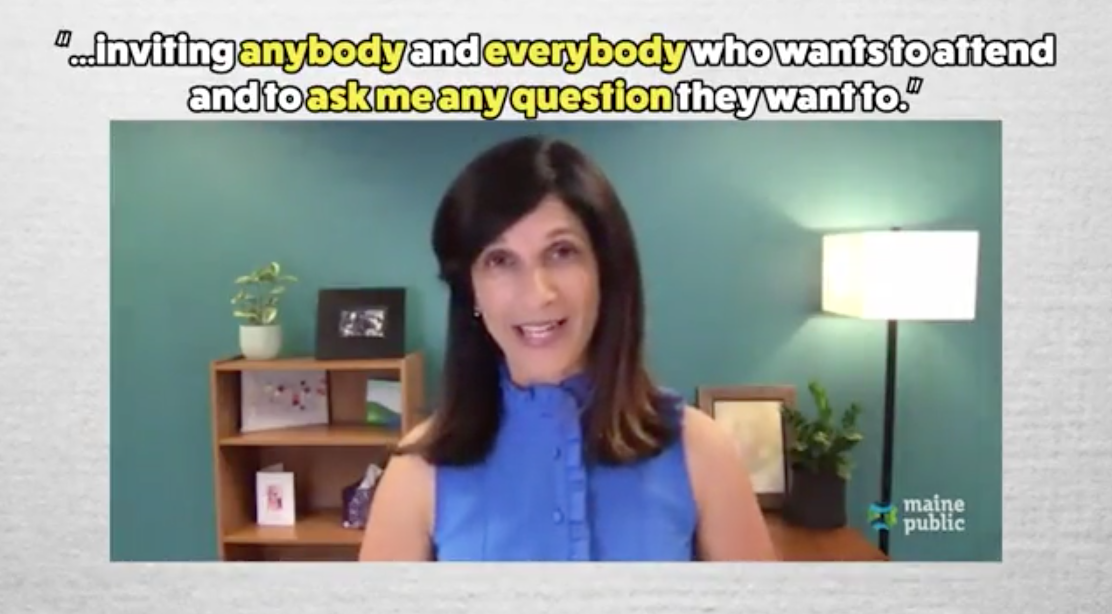 Sara Gideon’s campaign has been holding scripted and closely-controlled private events in different towns in Maine, under the banner “Suppers with Sara.”

Gideon and her team have made claims that these are “Town Halls” open to the public - but new video evidence shows that Mainers who tried to attend these events were repeatedly turned away at the door - even ones who had RSVP’d!

Gideon’s non-public events are another example of how she is protected from unscripted interactions. Gideon has also skipped debates, held taped events with pre-screened questions, and rarely speaks with reporters directly.

Specifically, Gideon said in July 2020 that her Suppers With Sara are “our version of a town hall,” open to “anybody and everybody who wants to attend” and that attendees can “ask me any question they want to.”

Events covered by the video: